Kindly plan to eat FLUNCH meals outdoors when possible. There is evidence of higher transmission rates indoors and over shared meals, so do what you can to mitigate any risk for yourself and others while eating.

Kindly limit FLUNCH groups to four or less people indoors. As a reminder, the University's dining policy is that students are encouraged to sit outside, when possible, but when eating inside there can be no more than four to a table. 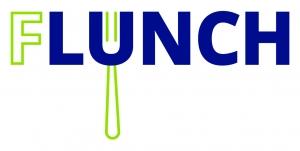 The FLUNCH program is designed to encourage student-faculty interaction outside the classroom.

Only FLUNCHes with individuals teaching academic undergraduate classes will be approved. This does not include non-teaching advisors or instructors for physical education courses, house courses, lab, discussion, and recitation sections.

Each undergraduate student can use up to $70 of FLUNCH funds per semester. Students are responsible for any additional charges that exceed the $70 limit. All vendors will accept cash, FLEX and food points. The FLUNCH dollar amount you see listed on the MyDuke or DukeCard websites displays the amount you have already used for this semester. If you have not yet FLUNCHed this semester, your amount should list $0.  A 10% tip will be added to FLUNCHes held at The Commons.  The tip amount counts toward a student's $70/semester FLUNCH account.

The FLUNCH program does not cover alcohol purchases nor purchases of items for consumption by the student after the FLUNCH is held. Inappropriate charges to a student's FLUNCH account may be charged to the student's food points or Bursar account and may be considered violations of the Duke Community Standard. Students must be degree-seeking at Duke in order to participate in FLUNCH. The last day to submit a FLUNCH request is the last day of class for a given semester; the last day to hold an approved FLUNCH is the Friday of exam week each semester.

1. Invite your professor to FLUNCH and decide on a mutually convenient time and location. Note that FLUNCHes can only be held between 10:00 am and 4 pm Monday through Friday.  FLUNCH allows students to invite faculty to dine with them at the following campus locations during the FLUNCH timeframe:

2. You should submit your FLUNCH request at least 3 business days before you plan to hold your FLUNCH. Note that it is not always possible to approve a FLUNCH request submitted one day before or the same day as the date the FLUNCH will be held.

3. Once approved, take your approval email and show it to the cashier so your FLUNCH will be charged to your FLUNCH account. Note that the faculty member invited to your FLUNCH does not receive automatic notice of your FLUNCH approval. You must coordinate and confirm details with faculty guests on your own. You must receive an approval email before you hold your FLUNCH to be reimbursed. Students may invite up to two student guests to attend a FLUNCH with them. However, only students who submit a FLUNCH request will have the FLUNCH charged to their account. In order for FLUNCH to be charged to all students account, each student must submit a request. Splitting checks is at the discretion of the eatery where you hold your FLUNCH. Please contact the eatery in advance. If an eatery does not allow checks to be split, be sure to make an agreement among your student guest before you attend a FLUNCH of who will pay for the meal.