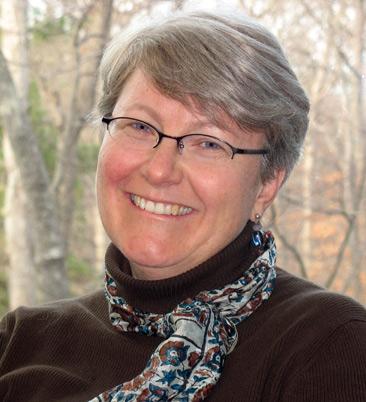 One of the questions Taiye Selasi taught me to think about is when and why I feel like a “local.” I come from South Africa, and arrived in the US at the end of high school, by way of Belgium.  All three countries have shaped me.  South Africa taught me to fight for justice; Belgium humbled me with its generosity towards people in need of a new home; and the United States has always inspired me to trust in what a bunch of scrappy, hard-working, and idealistic people can do to bring about a new state of affairs.

My final high school years in Irvine, California, were full of tennis, field hockey, French, and Latin.  I went to a public high school and felt like I was 10 years behind my classmates when I showed up at Yale (in Connecticut) for college.  But I was one of those kids who had been dying to have friends who could play a tough game of tennis and talk about Lucille Clifton’s poetry, without feeling there was any sort of disjunction. So Yale was perfect for me. Thanks to a Rotary Ambassador Scholarship, I took a year off of college to study international law and European human rights law in Strasbourg, France.  I was one of the first American interns at the European Court of Human Rights in Strasbourg and I also got very lucky and worked at the Musée D’Orsay in Paris, helping to put together a film about how Edouard Manet was a painterly revolutionary. As you can probably guess, I wanted to major in everything from English to Art History to Economics: in the end, I opted for Philosophy because it was the big tent that housed moral philosophy, epistemology and aesthetics. I also played tennis, helped start a new Yale newspaper (that happily is still around), and got serious about understanding politics.

After college, a tiny scholarship made an outsize difference in my life: thanks to it, I was able to return to South Africa to work, literally in the trenches, of the then “homeland” of Gazankulu, and for South Africa’s equivalent of the NAACP Legal Defense Fund.  I worked alongside people whose bravery, intelligence, big heartedness, and drive have been part of my life ever since.  Triply inspired (by my own life story, my education, and my friends) to be a social justice lawyer, I went to Yale Law School and then clerked on a federal appeals court in Seattle, Washington. Before I became a law professor, I had a good sense of what it was like to work for the government (by working in the Legal Advisor’s Office at the State Department), for legal NGOs (interning with NAACP LDF), and for private sector law firms (I worked for two I deeply admired in both Seattle and DC).

My first teaching job was at NYU Law School (where I fell in love with NYC) and then Duke Law.  Now, I’m on the faculty at the School of Public Policy and affiliate faculty of Duke Global Health Institute.  I teach classes at the graduate and undergraduate level, and I serve as the Assistant Director of Undergraduate Studies for Public Policy.  I’m also Duke’s Faculty Director for the Duke-UNC Rotary World Peace Center.

In the research domain, I am working as a technical lawyer in the field of global health: this summer I focused on a forthcoming Duke University Press Global Health Governance book with colleagues with whom I published an article (“Double Standards in Global Health: Medicine, Human Rights Law and MDR-Tuberculosis Treatment Policy” in Harvard’s Health and Human Rights Journal (June 2016)).  My chapters center on developing accountability for international organizations that fail the standards of their own constitutions and international law but are shielded from having to change their poor policies by a legal doctrine of immunity. The book as a whole focuses on three sub-cases: cholera, TB, and ebola virus disease.

I also anchor a long term qualitative study based in South Africa enquiring into the ways justice can be “re-presented” to a skeptical and much harmed public. I follow the stories people tell about themselves and about their perceptions when they visit the new South African Constitutional Court: I’m fascinated by the design on the part of the Court to set these stories into motion with art, architecture, and with how the space of the place leads regular people to play with and think about constitutional ambitions and law’s limitations.  This was the Constitutional Court’s own appeal to the “court of public opinion” to invest in the constitution and to help, collectively, bring it into existence, all the while reckoning with the double-edged nature of legal power.

My family has been the “FIR family” for Bassett Hall for seven years. I’m joined by my husband, Tom Admay, an engineer who runs his own construction specialty firm, and our 9 year old daughter, whose nickname is Sibu (short for “Sibusisiwe,” which in Zulu means “we are sooooo blessed”). We are “locals” of the first year experience and of East Campus and look forward to our 8th year of living, learning, playing, exploring, and being with our Bassett crew.