Jen’nan Read was born in the United States and moved to Benghazi, Libya at six months old, attending an international school there. When the Reagan administration ordered attacks on a nearby town, Read immigrated back to Texas for high school.

Read was a first-generation college student, as her parents did not complete their bachelor’s degrees. Growing up, her mother did not work and Read’s family received food stamps. While attending Midwestern State University in Wichita Falls, Texas, Read worked at Albertsons and as a contractor for 30 to 35 hours a week to fund her education. In addition, she served as student body president and was working toward a degree in sociology.

“Having worked three jobs through college gave me that little bit of edge because I never took anything for granted,” Read said.

After graduating from Midwestern State, Read worked toward her Ph.D. at the University of Texas at Austin and did postdoctoral work at Rice University. During that time, Read’s mother finished her bachelor’s degree at Midwestern State, an event Read described as an “empowering” experience.

Read recognizes the impact that being a LIFE student had on her. She emphasizes that her busy schedule forced her to allocate time and compartmentalize effectively, making her appreciate her time more.

“That taught me that there is no way to do a little bit of everything,” Read said, “you’ve got to focus.” 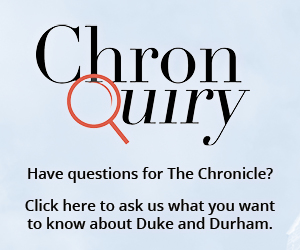 Read’s college experience has also impacted the way she interacts with undergraduate students in her sociology class. At the beginning of each course, she hands out a questionnaire to better understand her students’ backgrounds and struggles, as she acknowledges the diversity at Duke.

“Just because students are at Duke doesn’t mean that they got everything handed to them,” said Read, “I see a lot of students who are really stressed out and I feel like I understand where they’re coming from.”

Department of Sociology and Global Health